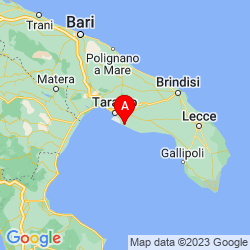 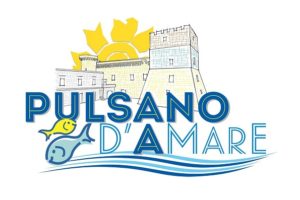 The project for the construction of the Nuova Chiesa Madre (New Mother Church) dates back to 1838. Subsequently, due to the fire of 1882, the works were suspended leaving the facade unfinished. Starting from 1921 the New Church was restored, decorated and its main altar was placed in an excellent way.
In 1933, Dr. Egidio Delli Ponti, miraculously treated in Lourdes, erected in the New Church a cave dedicated to the Madonna, which reflects all the details of the original cave of the French town.
On 11 February 1947, Archbishop Mons. Bernardi proclaimed the Mother Church of Pulsano “Marian Shrine” with all the honors and privileges attached, and has become a destination for many pilgrims.
In our day, the mother church of Pulsano is entitled “Santa Maria La Nova” and is located in front of the main street of the town. 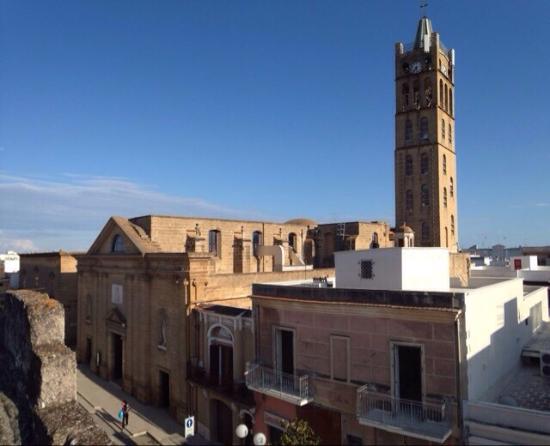 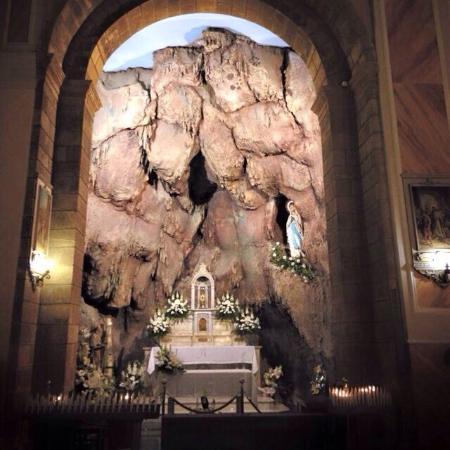 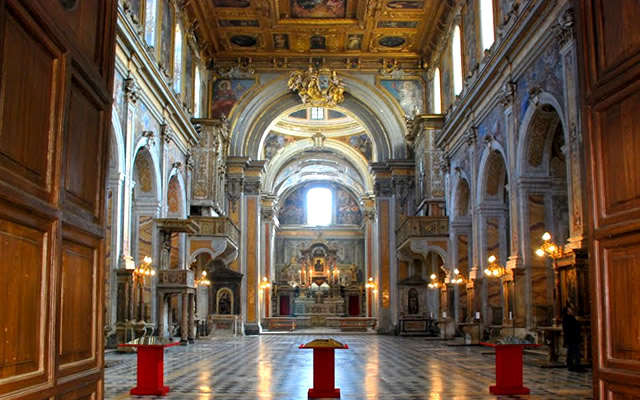 The structure was built between the end of the 15th century and the beginning of the 16th. One part was built with carparo bricks taken from local quarries, and the older part, with traditional walls made of stone blocks and mortar. The cloister has an area of ​​360 square meters with a well placed in the center which for many years has given water to the inhabitants of Pulsano.
As for the adjoining church, on the only altar there is a niche where the most precious image of the Madonna and child is placed, an icon of Byzantine style on a stone block, revered by the locals as Madonna dei Martiri – the relative Festa (feast) takes place every year from 7 to 8 September.
This rare piece of mosaic comes from the old church destroyed around the year 1000. On the ground floor, in the room once used as a refectory, there is the wonderful fresco representing “the last supper” which occupies the entire wall, which was painted by Giuseppe White in 1727. It is a fresco of rare beauty that highlights the figure of Judah and that of John with his head resting on Jesus’ chest.
In December 2019 the new Pulsano Archaeological Museum (MAP) was inaugurated inside the structure, which we recommend visiting. 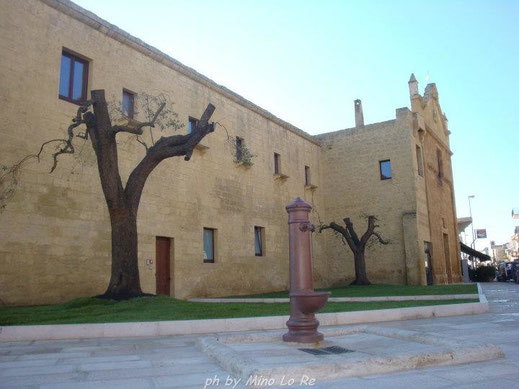 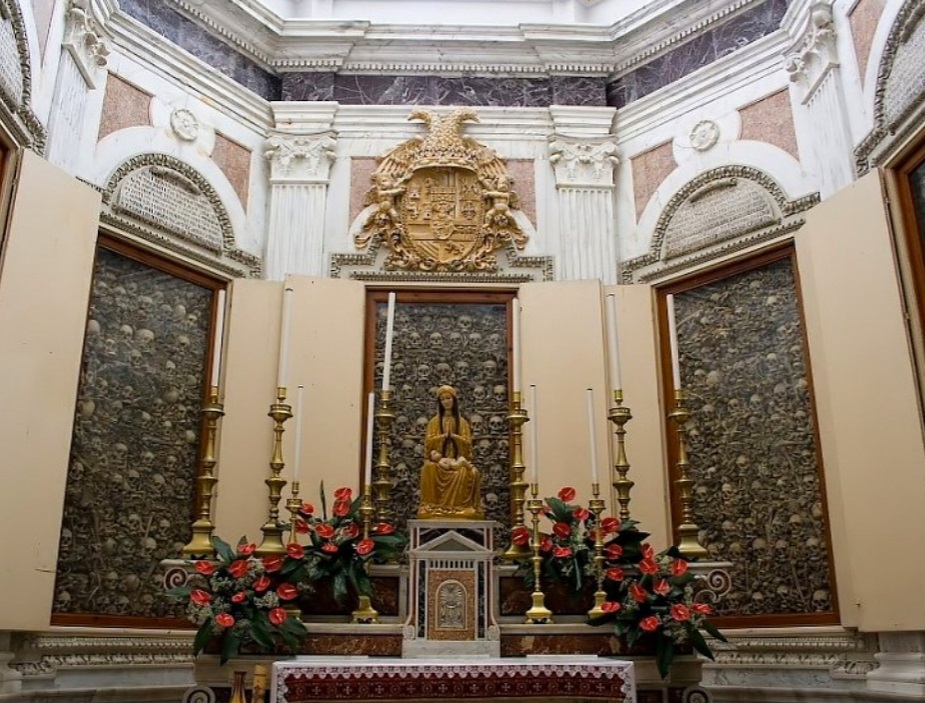 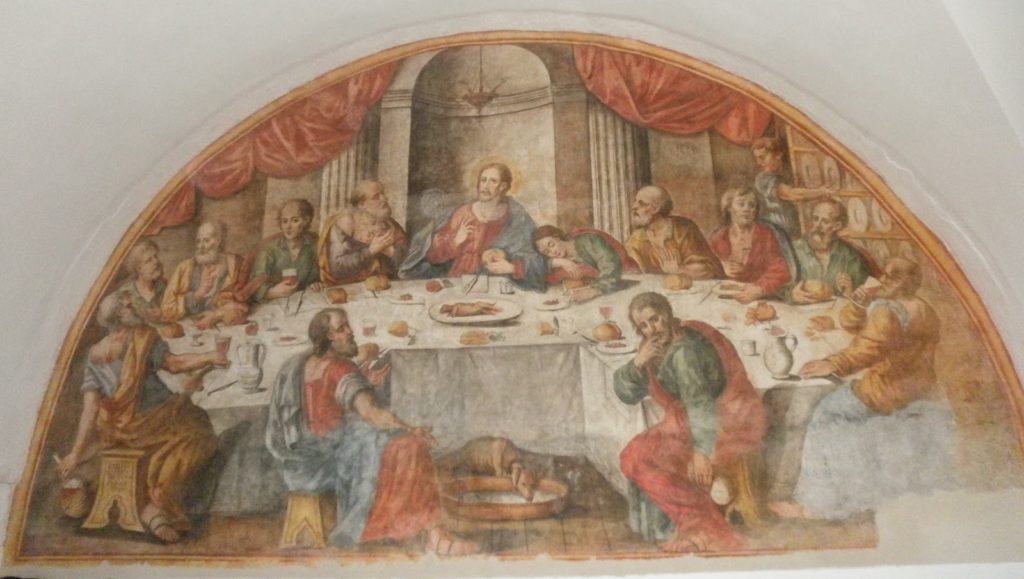 The small and pretty church, inaugurated in 1965, is located in front of the Montedarena beach. Inside there is a statue of the Madonna much venerated by the locals. This statue depicts Mary Most Holy with the child in her arms holding a boat alongside and below, which is why she is often honored and invoked “Stella Maris” – star of the sea.
Every year, on August 15, the statue is transported by boat along the entire coast road. Then the statue is taken on the shoulders and carried by the boat inside the church. The Festa (feast) is extraordinary, we recommend seeing it! 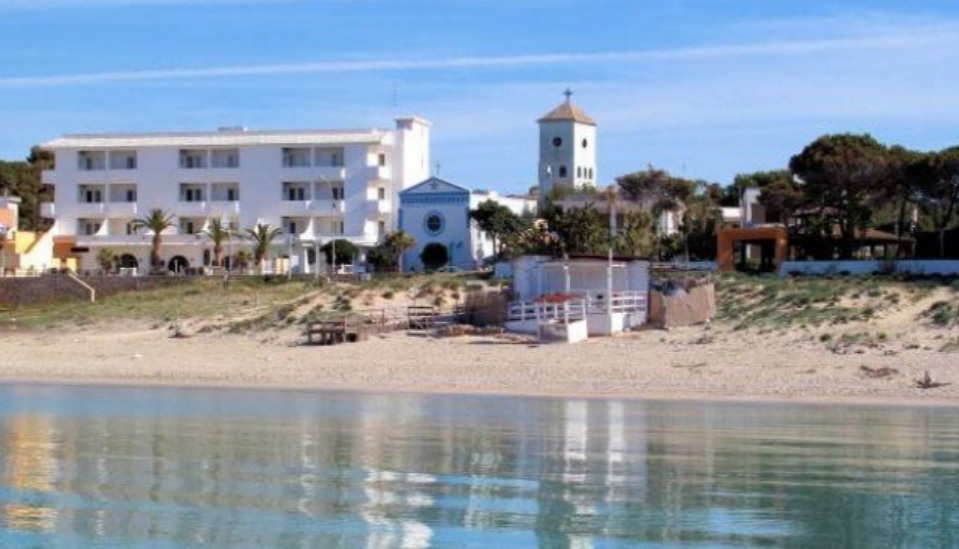 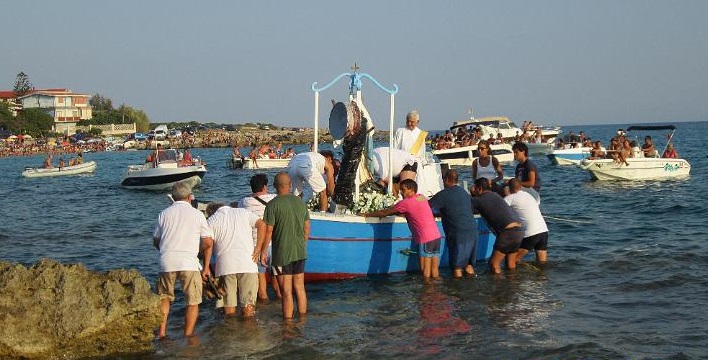 It is a rectangular church, built in the nineteenth century entirely in tuff bricks. Inside there is still a fifteenth-century crucifix by an unknown author. For many years, every Good Friday, this place became a pilgrimage destination for the faithful. Along the road, and on the square in front, there are seven crosses that represent the via crucis and date back to the same era as the small church. 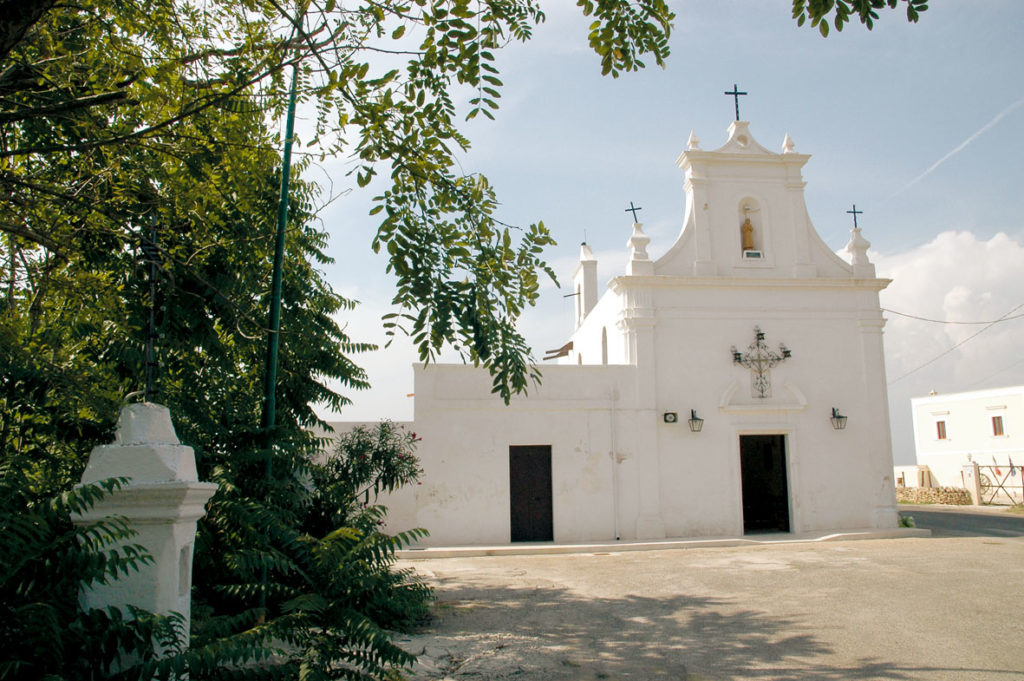